At the re:publica, about 8.000 people, including bloggers, scientists and researchers, start-up entrepreneurs, social media and marketing experts, journalists, hackers, geeks and nerds get together on three days to talk about digitisation. The focus is on innovations and synergies between web policy, digital marketing, network technology, online society and (pop) culture. The re:publica is not only an internet conference, but also a social conference – and perhaps also the conference for the fans of progress. Open science and libraries’ topics are also part of the sessions. The motto this year was: LOVE OUT LOUD! (based on the popular text message abbreviation LOL, which stands for “Laughing out loud”).

On Monday 8 May 2017, I was pleased to accept the challenge! I had hardly reached the grounds, an old postal station, when I already abandoned my meticulously prepared session plan. After all, the very first session, “A plea for decent community management” (link in German), was filled to bursting. I used the time to look around the grounds, because there was a lot to discover in the big hall – the exhibition area. Google was on site with a VR offer, as was ZDF; at WDR, you could marvel at the virtual reality project “The Cologne Cathedral in 360° and VR” (link in German). Further booths and providers, such as Microsoft, the Federal Office of Labour and Social Affairs, the Hans Böckler Foundation and the 2016*2017 Seas & Oceans Science Year were also on site.

Love Out Loud – Appeal to civil courage on the web

On Stage 1, the largest stage, author Carolin Emcke (winner of the German Book Dealers’ Peace Prize) gave a talk about the motto “Love out Loud”, which is also an appeal for more digital civil courage in the digital world. Reflection: Love Out Loud (links in German).

She took a close look at the motto, talked about empathy, on and offline, as well as about hate and its impact. She emphasised that a respectful etiquette would be important for a good digital society:

“Those who are humiliated and vilified should not have to defend themselves. Others should refute such hateful messages.”

The author got a standing ovation and I left the presentation with goose bumps (the good kind!).

I missed out on “Autovideographies and scientific film as participatory qualitative research formats” (link in German) because I was still stuck in the “Darknet – The Internet of the future?” (link in German) – and then stumbled to Stage 4. There, the topic was “Cultural memory and digital humanities” (link in German), which addressed questions about archiving and the opportunities of digitisation.

All of the session’s panel speakers agreed on the following point from the outset: Preserving cultural memory in our digital society should not be the exclusive task of commercial providers like Google. Archiving is primarily a job for museums and libraries. This project nevertheless brings along several problems.

Anne Klammt was convinced that above all, research data has particular relevance when it comes to archiving. Support for these research data centres should come from libraries, as they have been creating and maintaining excellent metadata for a hundred years and thus are predestined for this task. It is precisely the quality of this descriptive data that makes archives valuable and usable, according to Johannes Theurer. Online digital content offers the best conditions for this challenge with its diversity of networking options. Direct connection to the internet means that archives become increasingly open and closer to the users; an example of this is the art extension for Chrome mentioned by “>Ellen Euler, which was recently published by Europeana. She also pointed to Strategy 2020, published by the German Digital Library last year.

The selection process nevertheless also plays a role in archiving: What sort of content should be prioritised when it comes to storing content from the web or social media? Does quality play a role? “Shakespeare first or pop songs first?” asked Luciano Floridi. Luca Giuliani, on the other hand, noted that all collecting and backing up has a blind spot:

There is another problem: durability. Although information infrastructures have long been grappling with the preservation of archives and storage technology is constantly advancing, the panel found there to be room for criticism in concluding: “Clay tablets, parchment, paper, digital storage systems – the half-life decreases with each changeover,” said archaeologist Luca Giuliani, adding, “this is called research!”

Here are further impressions and quotes from the exciting session (link in German).

After the session “Open to new things – start-ups in Germany” (link in German), in which Brigitte Zypries, Minister of Economics & Energy, fielded questions from the audience, it was then time for the networking area. That fit perfectly, as the meetup of the Digital Media Women Association took place there (link in German) and participants could do some networking.

Digital Media Women promote greater visibility for women on all stages. They support and connect women who advance digital change. There are several districts across Germany and even Schleswig-Holstein now has its own district (link in German) where I am a member of the organisation team.

The session by Ulrike Prange and Uwe Schindler on Stage T then examined the topic of “Using data from the past and today for the future” (link in German).

“The availability of data encourages the sciences”, said Uwe Schindler, who, along with Ulrike Prange, presented the PANGAEA information system.

PANGAEA is an open access library used to archive, publish and distribute geodata and biodata from earth system research. “You can search in the data sets just like in a library,” said Ulrike Prange, adding that the scientific workflow also results in quality control. She also described the variability of data sets; for example, that data on a time display can show something special, such as a change in temperatures.

The very important topic of the durability of media was also addressed, such as the problem of using floppy disks to collect data that is now no longer readable. According to Uwe Schindler, the German Research Association (DFG) has developed a roadmap to nevertheless ensure that data remains readable.

Data recycling is also effective, so you do not always have to go out with the boat, says Uwe Schindler. He mentioned that an RDA team meets up regularly to think about how to make data available. (What does perfect metadata look like?)

Most data are freely available, depending on licenses and moratoria within specific research fields, and can be easily downloaded and shared using a single tool. Donald Trump, who ignores scientific climatic data, and changing world politics have resulted in increasing worldwide interest in PANGAEA and its open access database – with ever more data being stored there, especially from the US. Journalists can also use PANGAEA to analyse the selected data themselves, or get in contact with the respective scientists. “Scientific data can be published,” and scientists are also keen on being quoted, said Uwe Schindler.

The last session of the day took place on Stage 1: “About talking on the web” (link in German).

“You have to also be able to tolerate the most ridiculous commentaries,” said Sascha Lobo

and suggested a different (more open) digital discussion in his speech in order to prevent ever more people from drifting towards right-wing nationalist circles. He sees a possible solution in having respectful discussions in the digital (and analogue) world, while at the same time setting clear limits.

All the videos and recordings from the re:publica will be added in due course, allowing you to view any session again at your leisure. 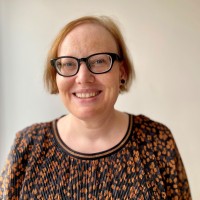 Birte Sindt is part of the social media team at the ZBW and works in community management at the Kiel location. Her favourite hashtags are #SocialMedia #digitalbegeistert and #Otterpower. (Copyright: Birte Sindt ©)

GO CHANGE Workshop: How ‘Yes, but…’ can be Changed Into a FAIR Sientific Culture

Libraries and Online Events, part 1: How to Plan a Successful Event